Geronimo! Inside Idaho’s parachuting beavers and how the drop saved them 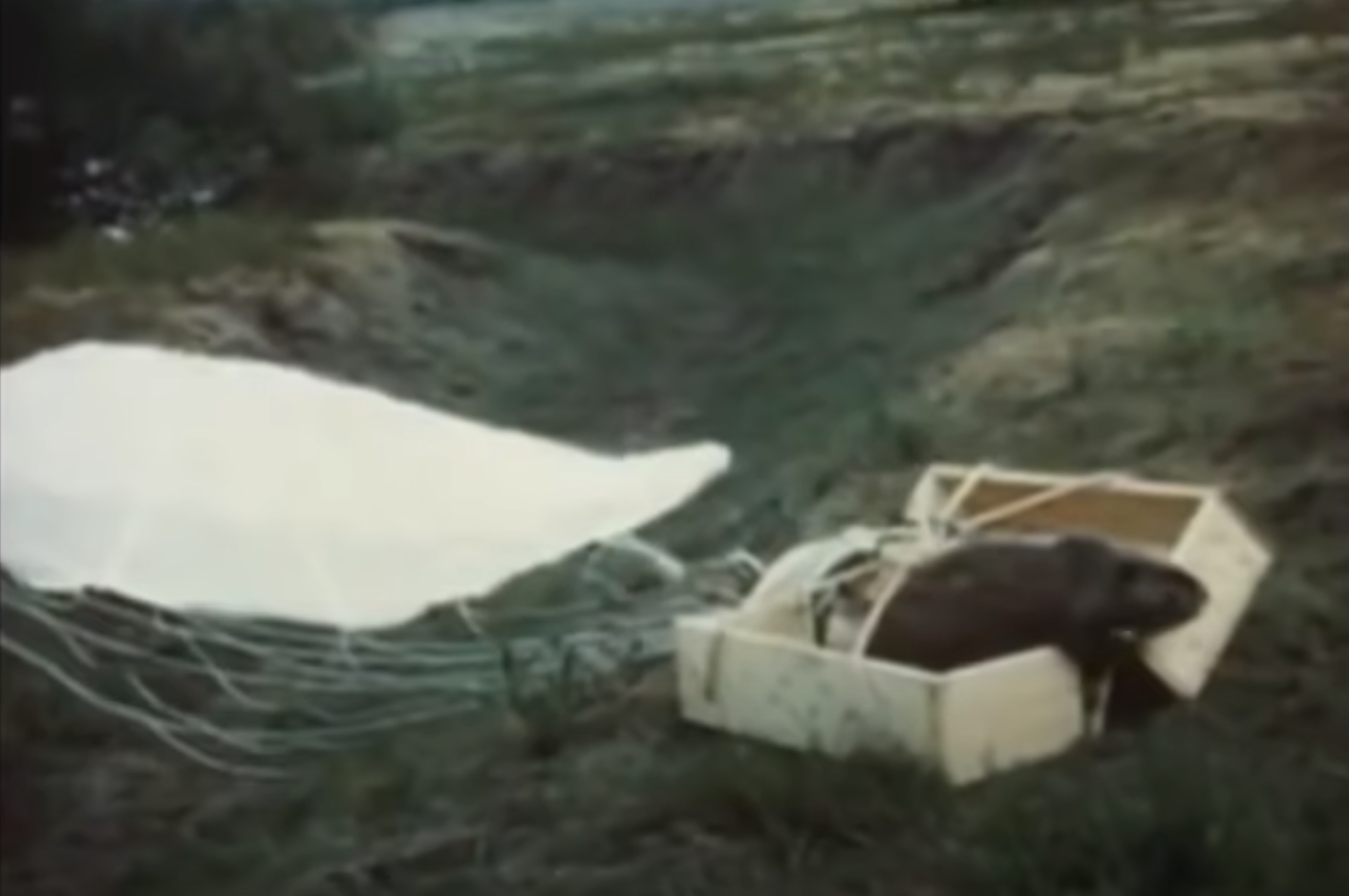 In our last several Inside Idaho editions, we’ve highlighted some of Idaho’s endangered or threatened species including the bull trout, the lynx, and the grizzly bear.

For this week’s edition, we are looking at what Idaho Fish and Game did to save dozens of beavers.

The main characters: a Fish and Game employee and a beaver named Geronimo.

In 1948, right after World War II, building a home McCall was becoming more popular. The problem? Beavers had made the mountain town their home centuries earlier and building around them would threaten their habitat.

That’s when Idaho Fish and Game knew that the large rodents would need to be trapped and re-homed. However, unlike other animals, moving beavers is not an easy task. Not only is it expensive, but finding a suitable habitat can be tricky as well.

That’s when Elmo Heter got to work to find a solution. He’d been working for Idaho Fish and Game in the McCall area and had experience with the beavers there, according to a Boise State Public Radio article.

Heter decided that the Chamberlain Basin in the Frank Church Wilderness of No Return would make a perfect home for the beavers. However, there was not a road into that area and packing the beavers in wasn’t an option as beavers and horses well… do not get along.

“Horses and mules become spooky and quarrelsome when loaded with a struggling, odorous pair of live beavers,” Elmo Heter notes in a report in the Journal of Wildlife Management. “These problems involve further handling and too frequently result in a loss of beavers.”

Heter knew that he’d have to get creative in order to transport the large rodents into the basin.

After the war, there were many leftover parachutes that had not been used yet.

So Heter’s solution? Put a beaver in a box – with holes for air – connect it to a parachute, launch them out of an airplane and down into the basin.

According to the Boise State Public Radio article, the cost to drop four beavers was $30. Not only was this solution cost-efficient, but it also was a creative way to use the parachutes and the beavers would help maintain the habitat in the Chamberlain Basin. A win-win for all parties involved including the new homeowners building in McCall.

While normally a wooden box is a great idea for transporting animals – a wood box and beavers don’t mix and Heter was afraid the critters would chew through them mid-air. He got creative and designed a box that the beavers couldn’t chew through and that opened right when it hit the ground.

Heter then put his idea to the test and recruited a male beaver named Geronimo who was dropped into the basin over and over successfully until Heter felt confident in the method.

Idaho Fish and Game trapped and re-homed 76 beavers into the basin that year. All but one of them survived the move.

While this method is not used today, as homeowners are encouraged to get along with the furry rodents, the solution was not only impressive but hadn’t ever been done at that time.

The feat was also unknown to most before 2015. That’s when Idaho Fish and Game released the archived video that shows the drop.

The video became viral and was covered by news outlets like National Geographic, TIME and NPR.

Locally, companies like Wear Boise released a T-shirt with a drawing of a beaver and a parachute.

To see the full archived video from Idaho Fish and Game, click below.

The Western White Pine is Idaho’s state tree, but is no longer common in the state 🌲