Finding and securing child care in the Treasure Valley is a lot easier said than done. Many parents are on year-long waitlists, in part, due to staffing shortages.

Even those who have steady child care are facing unexpected closures mid-January due to a surge of Covid-19 cases among children and teachers, adding to the stress for Treasure Valley parents.

Lacey Briggs is a first-time mom who joins the growing crowd of Idaho parents searching for child care, despite paying a deposit and starting the search last summer, months before her son was even born.

“Basically as soon as we found out we were pregnant, we were like, ‘OK, we need to look for child care,’” the former Idaho News 6 reporter explained.

After alternating parental leave from their full-time jobs, Lacey and Sean’s four-month-old son, Britain, was set to start at a Garden City daycare center in mid-February but in late December they got a call from the daycare director.

“She told us that because of the labor shortage, unfortunately, he would not be able to start in February like we had anticipated, and so we’re out of luck,” Briggs said. “We don’t know what to do at this point.”

According to the Idaho Association for the Education of Young Children, 91% of Idaho child care facilities say staffing is their number one challenge. They’re unable to compete with other employment opportunities offering higher wages.

“With a lot of other industries raising their wages, it’s leaving child care in the dust, if you will, because they can’t compete with the wages that they’re seeing in other industries,” Oppenheimer said. “A child care provider can go to Walmart and make $15 an hour or to Starbucks and make $15 an hour. At child care, you’re making about $10 an hour and they simply cannot compete with those wages.”

In order to raise wages for child care workers, facilities would have to raise their rates, putting the problem on paying parents – many who are already paying about $1,000 a month per child.

“Our child care originally was just right across the street, and now unfortunately that’s not going to be the case,” Briggs said. “At this point, if we can find child care, then hallelujah!”

Briggs says one option their considering as a replacement costs more than the couple’s monthly mortgage.

Oppenheimer helps some Treasure Valley families who choose to work mostly for the employee benefits, forking over entire paychecks to cover the cost of child care, and of course, that’s only if they can secure a spot.

“Parents who want to get back to work simply cannot find child care. They are being put on waitlists for it could be up to a year or two years,” Oppenheimer said. “About 50% of Idaho lives in what we call a child care desert and that means there are simply not enough child care slots for the need.”

The Idaho Association of Commerce and Industry told BoiseDev difficulties accessing child care costs the Gem State $479 million a year. That includes about $414 million in costs to employers due to high turnover rates and absent employees and more than 65 million in lost tax revenue.

“We streamlined the licensing process so that rather than sidelining child care workers for three to eight weeks while they wait for background checks, we’re going to streamline that, allow them to work under supervision and get more kids cared for,” Boise Mayor Lauren McLean said.

A change in perspective

Through the course of the pandemic, Oppenheimer says what has long been considered a personal problem is starting to be seen as a community issue that impacts more than just new parents.

“Businesses are starting to understand, oh my gosh, we’re having a hard time hiring a workforce because the folks that we want to hire, they can’t find childcare,” Oppenheimer said.

It boils down to this: without stable child care, working parents with young kids simply can’t go to work.

There are a lot of factors like population growth and low wages for child care workers that make it hard to come by, but what if every new business complex or housing community built in the Treasure Valley incorporated some type of child care in their plans? That’s something the City of Boise’s Child Care Task Force is recommending.

“Always think about ‘where are our employees going to find child care?’ And if there’s an opportunity to include a child care center or space within that facility, they should be seriously considering that,” Oppenheimer, who was a member of the task force, said. “But they have to be able to subsidize it as well. It’s not going to be a moneymaker, but it’s more of that long-term investment our developers should be looking at.”

And it will come at a cost. That’s where local experts say government funding could come into play, helping facilities offset costs and increase wages without putting the price on parents.

Investing in the future

“Our biggest return on investment would be to invest in child care because child care impacts so many different aspects of our community,” Oppenheimer said. “Idaho does not invest any dollars into child care outside of what is federally required. There are a lot of states that do put dollars into supporting our child care industry. If we could raise the eligibility for families to qualify for a child care subsidy so that more families could have access to child care, that would be tremendous.”

Advocates say those first few years are full of learning opportunities and Idaho teachers can tell the difference when kids start kindergarten.

“A little bit more than half of our kids are entering kindergarten without those foundational skills to be successful. They have never held a crayon; they’ve never held scissors; they don’t know which way to hold the book when they open the book,” Oppenheimer said. “So think about being a kindergarten teacher, where you have half of your students ready to start learning how to read, they have social-emotional skills, they have small motor skills ready to go, and then you have half of the kids are simply not prepared.”

Employers also have an opportunity to make a major difference by investing in child care for their employees. While many offer benefits like medical and dental care, Oppenheimer points out a child care stipend could serve as a major hiring incentive.

What can Idaho parents do?

“If you find out you’re pregnant and know you plan to be working while your child is young, you really need to start looking for child care right away,” Oppenheimer said. Then, more likely than not, add your name to at least one waitlist.

Parents can also call the Idaho CareLine at 211 and ask for a child care referral.

Oppenheimer also suggests working parents start the conversation with employers about the opportunity to invest in child care benefits for employees with young children. Constituents can also reach out to local representatives about what working families need to be successful.

Chobani says it will not go to IPO 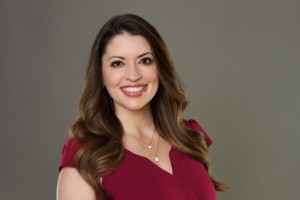 ‘Trying to save lives’: Inside the Saint Alphonsus Intensive Care Unit in Boise

Camp out and drink up: Idaho winery adds overnight camping, with a twist ⛺️🍷