Dirt lines in the spring caused by ‘Idaho’s smallest miner’ 🦫 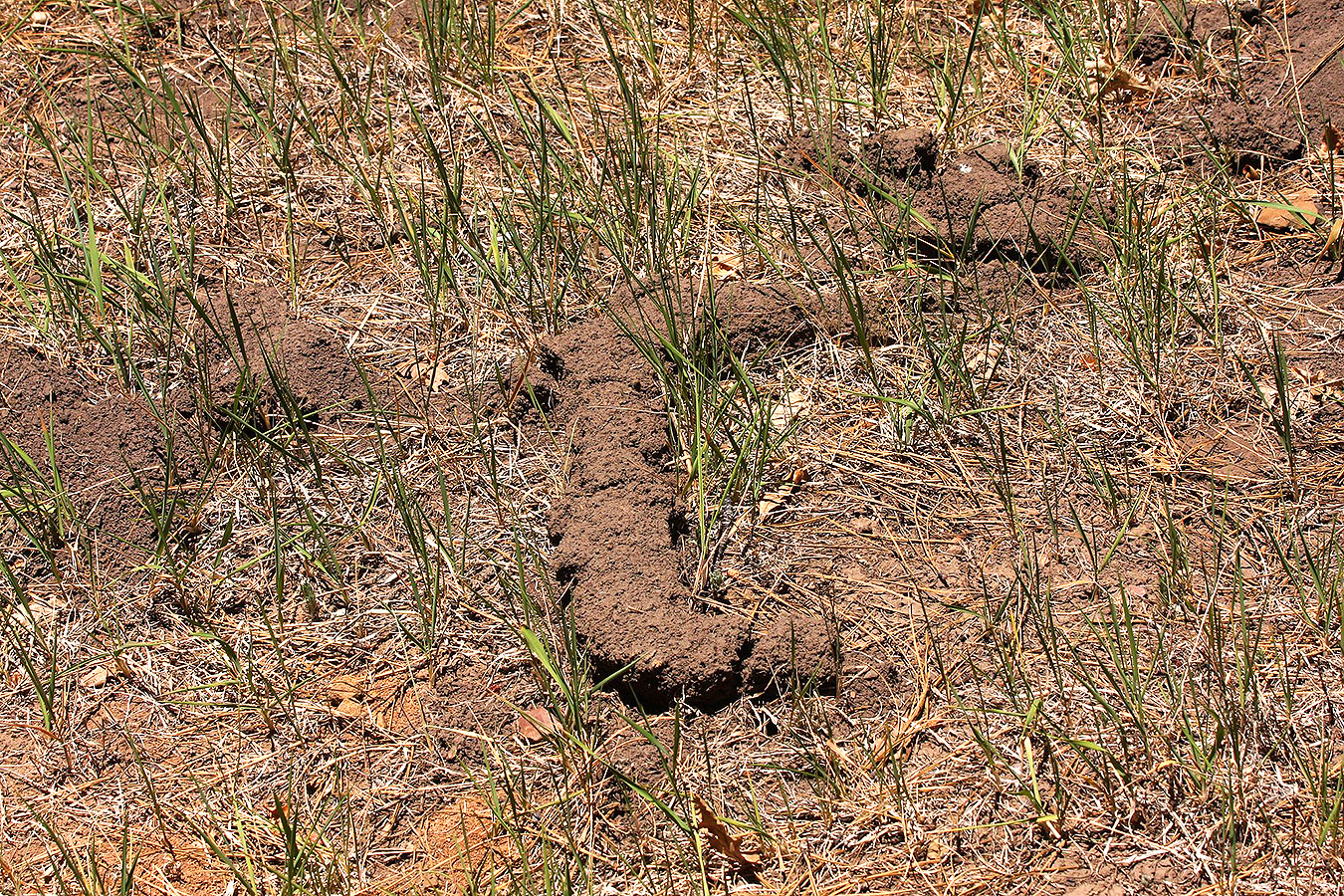 While it’s likely you’ve never seen the Pocket Gopher, if you’ve been hiking in Idaho during the spring and summer months, you’ve probably seen the dirt mounds they leave behind.

As most other animals are hibernating during Idaho’s cold and snowy winters, the Pocket Gopher is busy at work – digging.

“The dirt lines or ridges are formed during the winter. Pocket gophers are active all year; they don’t hibernate,” Idaho Fish and Game’s website says. “During the winter, they burrow into the snow at the ground’s surface looking for food. This winter burrowing causes ridges of winding dirt on the surface of the ground.”

These rodents may be small but they dig large burrows systems that have two stories – the first floor being the grocery store where there are roots, tubers, and other parts of plants.

“Pocket gophers dig out a whole floorplan, including a pantry, a sleeping area, and a place to raise young,” Idaho Fish and Game’s PIO Connor Liess notes.

The second story – is a six- to eight-inch tunnel underground. Their burrow systems can be up to 500 feet long – that’s one and a half football fields if stretched out into a straight line.

“A pocket gopher’s burrow system can tally as much as five tons of soil a year,” Liess notes. “Sure, that might not be too tall of an order for a modern skip loader, but when your hands are the size of nickels you might be at it for a while.”

These burrows are not only helpful for Pocket Gophers. According to IDFG, over 20 other animals use them for shelter or to raise a family.

The Western White Pine is Idaho’s state tree, but is no longer common in the state 🌲

You Asked: What’s going on near the Idaho Power lines in E. Boise?