‘Not just for chips’: Unique salsa gaining popularity in the Treasure Valley

May 10, 2022
Chicana Foods was started by a group of sisters and their mom just nine months ago, but their Salsa Macha is taking off. Photo courtesy: Idaho News 6
Facebook
Twitter
Linkedin
Email

Chicana Foods was started by a group of sisters and their mom just nine months ago, but their Salsa Macha is taking off.

Salsa Macha originates from the Veracruz region in Mexico, and while it’s not mainstream there it is gaining popularity in the Gem State. Salsa Macha is not your typical salsa containing ingredients like cranberries and peanuts.

“It’s not tomato-based like what you’re used to. It’s a chili oil-based, and it’s got seeds and a little bit of a crunch to it” said Allison Corona of Chicana Foods.

Corona’s family makes salsa macha in Mexico and during the pandemic, she decided to quit her job as a professional photographer and focus on the business here. With the help of her sisters, mom, and aunt they perfected the recipe to find the right level of spice.

Chicana Foods are gaining popularity on Instagram by posting mouth-watering pictures while inspiring customers to drizzle the salsa on a variety of foods like eggs, salads, ramen, avocado toast, and ice cream.

Chicana Foods wants to do more than just sell its products but also give back to the community. “We have been able to give back a little bit, but we’re really excited about giving in a more significant way,” said Corona.

Chicana Foods donates a portion of its sales to nonprofits like the Stay in School Quinceañera Program exposing Latino middle school students to Latin art, literature, and culture.

Chicana foods can be found at various places in the valley and are currently trying to get on the shelves of the Boise Co-op and Albertsons.

For more on where to find them, or to place an order you can visit their website. 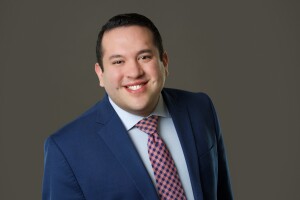