On a late April morning in Ketchum, after Sun Valley Resort had closed for the season, regulars poured into Perry’s Restaurant.

They talked with Paula Perry as she churned out espressos with each other about how they were taking in their last few visits to the restaurant or sat alone at their usual second-row table getting their work done.

Just before 9 a.m., Keith Perry popped out of the kitchen with a breakfast burrito in hand for one of the few moments in his day when he’s able to take a break. He sat beside his wife at a corner table in matching black Perry’s polo tees. It was weeks before their restaurant was set to close after 37 years in business.

The Perrys had been to Sun Valley to ski, but it was a sweltering hot day where they lived in Phoenix that pulled them to the Wood River Valley in 1984.

Opening a lunch restaurant was how they planned to skirt by in the resort town. Their first 90-page business plan was measured in sandwiches.

“I had a break-even point of 29 lunches a day,” said Keith. When they opened, it was just the two of them and one employee. By the end of the first summer, they were doing 250 lunches a day.

Now, Perry’s is 3,000 square feet, with an expansive breakfast and lunch menu, including the famous Perry’s cookies.

About three or four years ago, something about running a restaurant in Ketchum changed, Keith said.

“We used to think, ‘How do we get enough business to make a profit?’ he said.

Paula interrupted: ‘What profit?’ They laughed, and he continued.

“Now,” he said, “it’s more, ‘How do you get enough employees to take care of business you have?’”

“There’s no place for the people that provide the infrastructure to live,” Paula added.

Affordable housing has been an issue in Ketchum for many years, she said, but has reached a crisis point.

Much of Perry’s year-round staff has worked there for more than two decades, but there are fewer young people around to work the register, Keith said. To bridge the gap, the Perrys, both 68, have been working about 80 hours a week.

It’s why they sold the building last year when a developer approached. They wanted to sell the business to new owners to carry it on, but no one stepped up.

The closing date is May 31.

Keith thinks the number of businesses in town, like theirs, that have closed or limited hours in the past couple of years has changed some residents’ minds about the urgency of affordable housing.

“It doesn’t really hit home until all of a sudden, on a Tuesday night, you go to the Pioneer and they’re closed because they don’t have enough help,” he said.

Due, in part, to a several-decades-long trend of declining long-term rentals, increasing short-term rentals, and stagnating residential construction, Ketchum has a dearth of housing options, especially affordable ones.

The city spent several months creating a housing action plan and says it needs between 600 and 1,000 housing units to become available each year to meet demand.

Ketchum says a proposed change to its local option tax (LOT), a sales tax only available to Idaho’s small resort cities, is crucial to implementing the housing action plan, which the council voted to adopt Monday night.

The measure needs 60% of voters to approve dedicating local option tax revenue to housing and increasing the sales tax rates to generate funds set aside for workforce housing.

The nearly $3 million a year it’s projecting in that fund could go toward housing projects as soon as this summer, including securing deed-restricted units, distributing emergency rental assistance, and funding a program to incentivize owners to rent long-term to locals, instead of short-term to tourists.

The Perrys say this measure is the city’s best shot at preserving its vibrancy and preventing more long-time businesses like theirs from shutting down.

“We’re all for workforce housing,” he said. “The issue is a new LOT tax is not the way to go.”

Walker has been taking out ads in the Idaho Mountain Express for the past several weeks against the LOT tax proposal. He said the city doesn’t need more money to solve the housing problem; it should just open up the existing tax pool for housing.

Nearly 70% of Ketchum’s LOT tax funds go to emergency services like police and fire. The city said any current excess funds beyond what’s budgeted go to a backlog of street and sidewalk projects, which doesn’t leave anything left for housing. That answer doesn’t satisfy Walker, who is retired, but spent his career at his family’s real estate finance firm, which included developing affordable housing.

Other opponents of the LOT tax changes have said the city’s choice to raise the rates on retail sales means the burden will be felt by locals and local businesses, and not just by tourists.

Another of Walker’s ads in the paper said people who live in workforce housing prefer Hailey or Bellevue. But the city said the majority of people on the Blaine County Housing Authority waitlist want to live in Ketchum.

Sandra Carrillo has worked at Perry’s for 19 years and lived in Ketchum for most of that time.

Her kids went to school there. If they were sick, it was easy for her to leave work and take care of them. But a few years ago, she was evicted from the North Fork Trailer Park.

“They sold the parking space of my trailer park,” she said. Her family moved to Carey, an hour and 15 minutes south. She said she’s thinking of the families who are being evicted now from the J&J Trailer Park south of town.

“I had more luck three years ago – the prices were not so high. And, even then, I had to go all the way to Carey,” she said. “You know, imagine now.”

Carrillo has worked different roles as a manager at Perry’s. She’s grown close to Keith and Paula and said the restaurant closing is like losing a family member. Now, she’ll try to find a job closer to her house.

“Mother’s Day – where are we going to go for Mother’s Day?” she said. “This is where they have the best brunches. They have these waffles that are just beautiful with strawberries all over them.”

Ritz is a cross country ski coach and started her own program for women. She’s been coming to Perry’s almost every morning for the past 30 years – taking meetings there one after another, bouncing from booth to booth to talk with friends or read the Idaho Mountain Express.

“I don’t go to the other places and just sit for hours,” she said, “I’ll go have a meal there and leave.”

In the few weeks before closing, the Perrys are trying to help their employees find new jobs. They’re selling all the stuff that goes into running a restaurant.

Most of all, it’s the customers on their minds.

“We’ll miss everybody,” Paula said, “but you’ll see us around.” 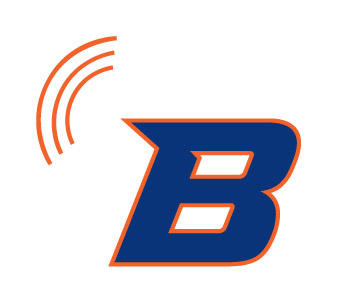