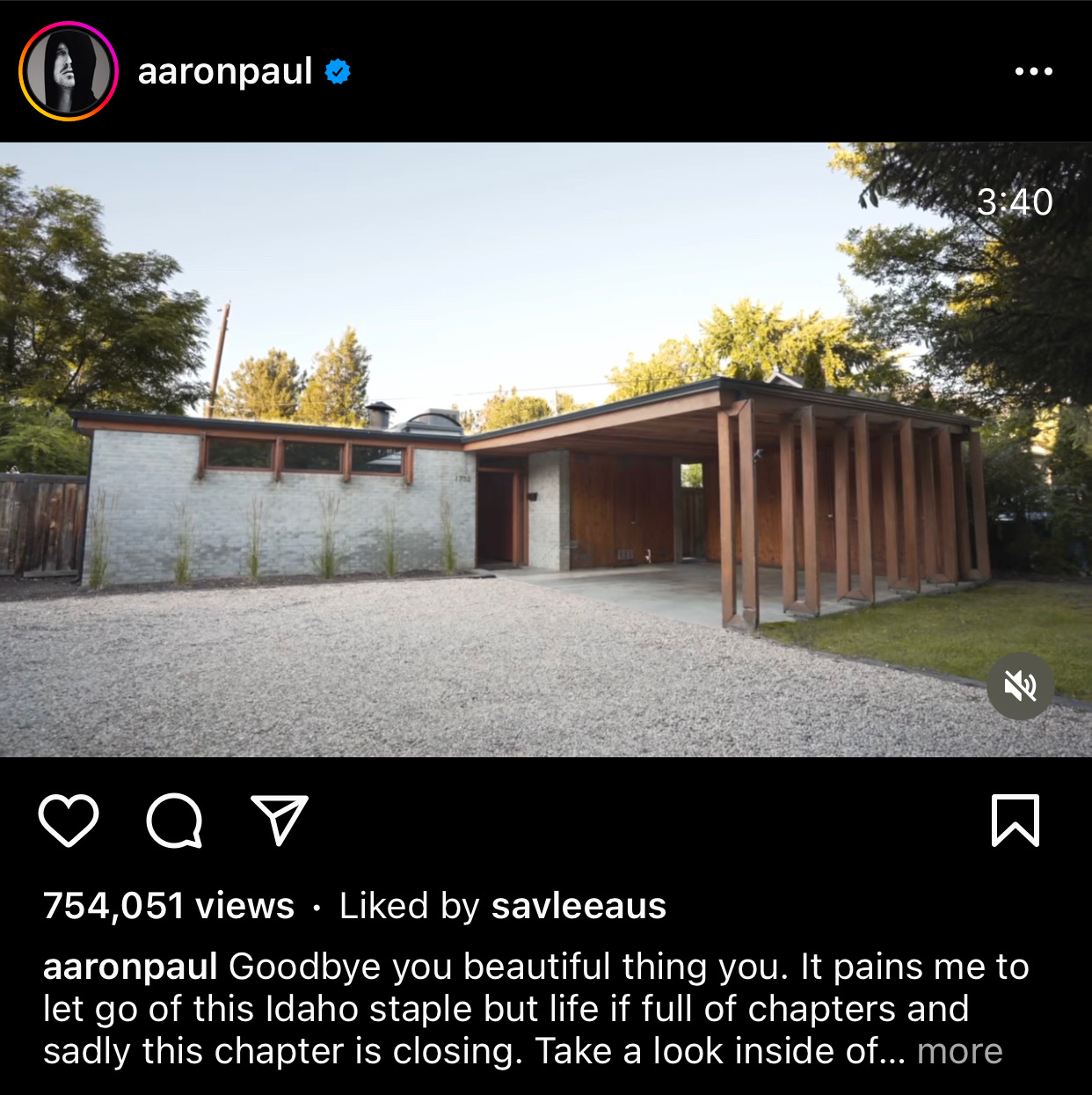 “The Klein House” as it’s called, is just over 2,000 square feet on Warm Springs Avenue in Boise’s east end. Designed by Art Troutner, the mid-century home is listed near $1.3 million.

From the outside, the home is somewhat unassuming. But step inside, and the geothermal pool is the focus of the interior. In a YouTube video posted by the listing agency, the narrator explains that the geothermal pool also heats the house. It was originally built for Edith Miller Klein, one of the first women in Idaho to pass the bar exam. Klein reportedly soaked in the pool every day.

The house is filled with natural light as it boasts 54 French windows and doors. Timber, stone, and other elements used to build the house are on display throughout.

“Floor-to-ceiling glass doors open from the exterior through the interior, displaying the pool as the central element of the home,” the YouTube video says.

Aaron Paul posted on Twitter that The Klein House was the first home he purchased in his hometown and it kills him to say goodbye.