People in Idaho go wild any time a celebrity comes through the area. But did you know one “celebrity” calls Boise home, permanently?

His name may not ring a bell for all, but if you’re a fan of names like Frank Sinatra or Ella Fitzgerald, there’s a good chance you already know all about the host of Martini in the Morning.

Brad Chambers has been entertaining people over the airwaves for 50 years all over the country.

“Dallas, Nashville, Harrisburg, Pennsylvania, before that I was in the Air Force and did armed forces radio overseas in Alaska and lived in Madrid, Spain for two years. I was a disc jockey and TV newsman,” Chambers said.

His last radio station was in Los Angeles, where he and his family lived for many years. He was eventually asked to transfer to a different station across the country, but instead of moving his entire family once again, he stayed put and created Martini in the Morning.

“It’s a music station, but it’s more than that; it’s a lifestyle. It’s social too. We have events that we do, we’ve done concerts at jazz clubs in LA, we’re hoping to start doing them here in Boise. There’s a real following for this kind of music here in Boise,” said Chambers.

Sinatra to Ella to McCartney

Music he describes as a mix between jazz & standards and crooners.

It’s music many would call audible history or art.

“Some of the artists today, it’s doubtful they’ll be talking about them 10 years from now, let alone 100. Some of the stuff that we’re playing, frankly, is going on 100 years old. Some of the songs are as contemporary and as relevant today as they were when they were first recorded,” said Chambers.

But like any radio show, there’s a lot of talking in between the music. Luckily, he’s helped out by his longtime co-host, Miriam Garfield, who sort of just fell into the position after becoming Brad’s assistant.

“Finally, one day, he put me on the air. I think Jimmy Darrin had come in, and I was listening to the interview, and you know I can’t be quiet, so I was asking him questions. And it worked out when Brad can’t be on the air, so it was totally by mistake!” exclaimed Martini in the Morning Co-host Miriam Garfield, also known as Mother Miriam.

And while Miriam does the show from Los Angeles where it all started, Brad now broadcasts right here in the Treasure Valley, a place he and his family are very familiar with.

“I decided to move it back to Boise. This is my wife’s hometown, she’s a fifth-generation Idahoan and we met in 1987 and I’ve been coming to Boise since then. We’ve lived here full time twice, and it was time to come home,” said Chambers.

“We kept it in LA for so long because a lot of this music either came from either Hollywood or Broadway, so we figured that LA or New York had to be the base for it. And so many of the artists that we play that are still performing and touring and so on. So many of them are either based in LA, or at some point, they go through LA. So we stayed there and finally we reached a point where we felt we had enough credibility in the industry that we could be anywhere, and that was our chance to come home,” said Chambers.

And with family in mind, the decision couldn’t come soon enough.

“We’ve got a house full of grandkids right now. One of my grandsons goes to Capitol High, he’s in a basketball tournament tonight. I get to go to his games. I was missing out on so much family stuff,” smiled Chambers.

Martini in the Morning has roughly 120,000 regular listeners scattered all over the world, and though he’s no longer broadcasting out of the entertainment capital of the world, he’s landed somewhere even better.

“This is a great place for family, and now I get to do what I love workwise and hang out with my family. And my wife of course,” laughed Chambers.

Martini in the Morning airs live every weekday morning but can be treated like a podcast as each one of their shows is recorded and can be listened to on demand. If you’d like to check out Brad, Miriam, and the songs of one of the greatest musical generations of all time, head to Martiniinthemorning.com. 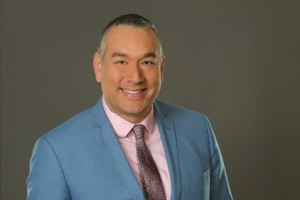