A Philadelphia-based firm is going to be Ada County’s partner in designing the future of Expo Idaho.

On Tuesday, the Ada County Commissioners announced the final rankings in the design contest to select a landscape architecture firm to design the future of the sprawling 90-acre site in Garden City. There is no timeline for the project or how all of it would be paid for once federal American Rescue Plan Act funds are expended, but the full process to transform the mothballed Les Bois Park into a public park is expected to take years and be built in multiple phases.

Six firms applied to partner with the county on the project and the top three made it to a design contest where they presented their visions before the Commissioners and the public earlier this month. A panel of county staff evaluated all of the presentations and ranked them, with Port coming out on top above Portland-based Rios and locally headquartered The Land Group.

During the meeting, Commissioners Rod Beck and Kendra Kenyon repeatedly reminded the public that Port’s design they presented at the design contest would not be the exact final result.

“(This was process with the design firms) was to see how we fit with them and how they fit with us and how they thought we could do something with the park, and by the way, we own all of the plans and we can pick and choose amongst the plans,” Beck said at the meeting. “Whichever firm is selected, that is just to start the process. We’re still going to take public input.”

No one from the firm was in the room when the decision was announced to make a comment.

What was Port’s pitch?

Using the flood plain to the park’s advantage is a major piece of Port’s initial pitch.

Port envisions a 25-acre segment of the project area on the western edge near the grandstand being used for traditional park amenities, ringed with two loops of multi-use pathways for pedestrians, cyclists and other users around sports fields, sporting courts for tennis and pickleball and a cycling pump track in front of the grandstand for visitors to watch the action.

This section called the “Heart of the Park,” would also include a renovated grandstand and a new exploration center for partnerships to provide programming on agricultural heritage and environmental conservation. The large lawn in this area could also play host to concerts, events, and recreation from visitors. The southern end of the park, dubbed destination play, would include playgrounds, water features, and an area for skateboarders, rollerblades, and scooter riders to do tricks.

While this section of the park would be elevated, the vast majority of the park would be called the Lowlands and turned into a sprawling wetland marsh with nine different habitats ranging from forests closer to the river all the way to ponds and meadows. This area would include walking paths, overlooks and other ways visitors could walk or bike through nature, while also embracing the park’s natural inclination to flood because of the former path of the Boise River.

Christopher Marcinkoski, a partner at Port, said the goal would be to use ARPA funds to bring the Heart of the Park online first and then slowly form the Lowlands over time by excavation, planting native species and loosening up the long compacted soil at the center of the now-defunct track.

Kenyon said a major reason Port was such an attractive choice was the firm’s discussion of how costly the park would be to maintain and build over time.

“This is going to be a long process, and we need to figure out who our partnerships are going to be in order to make sure we are able to financially phase this out,” Kenyon said. “We don’t want it to be a burden on taxpayers. I really appreciated all of them, but this group had a broader consideration for the long run and actual cost operations.” 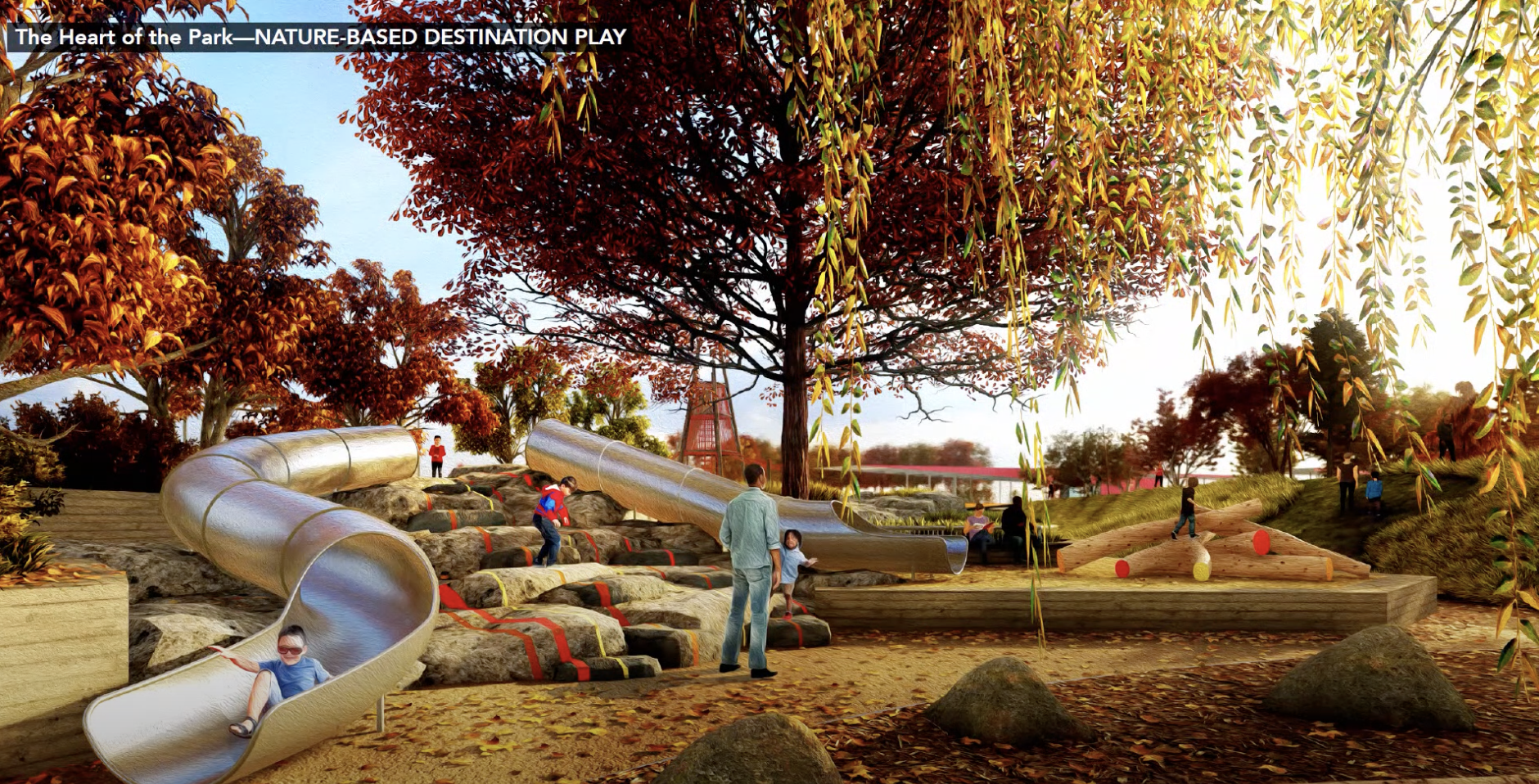 Boise’s main library was closed for the New Year. But patrons were still inside