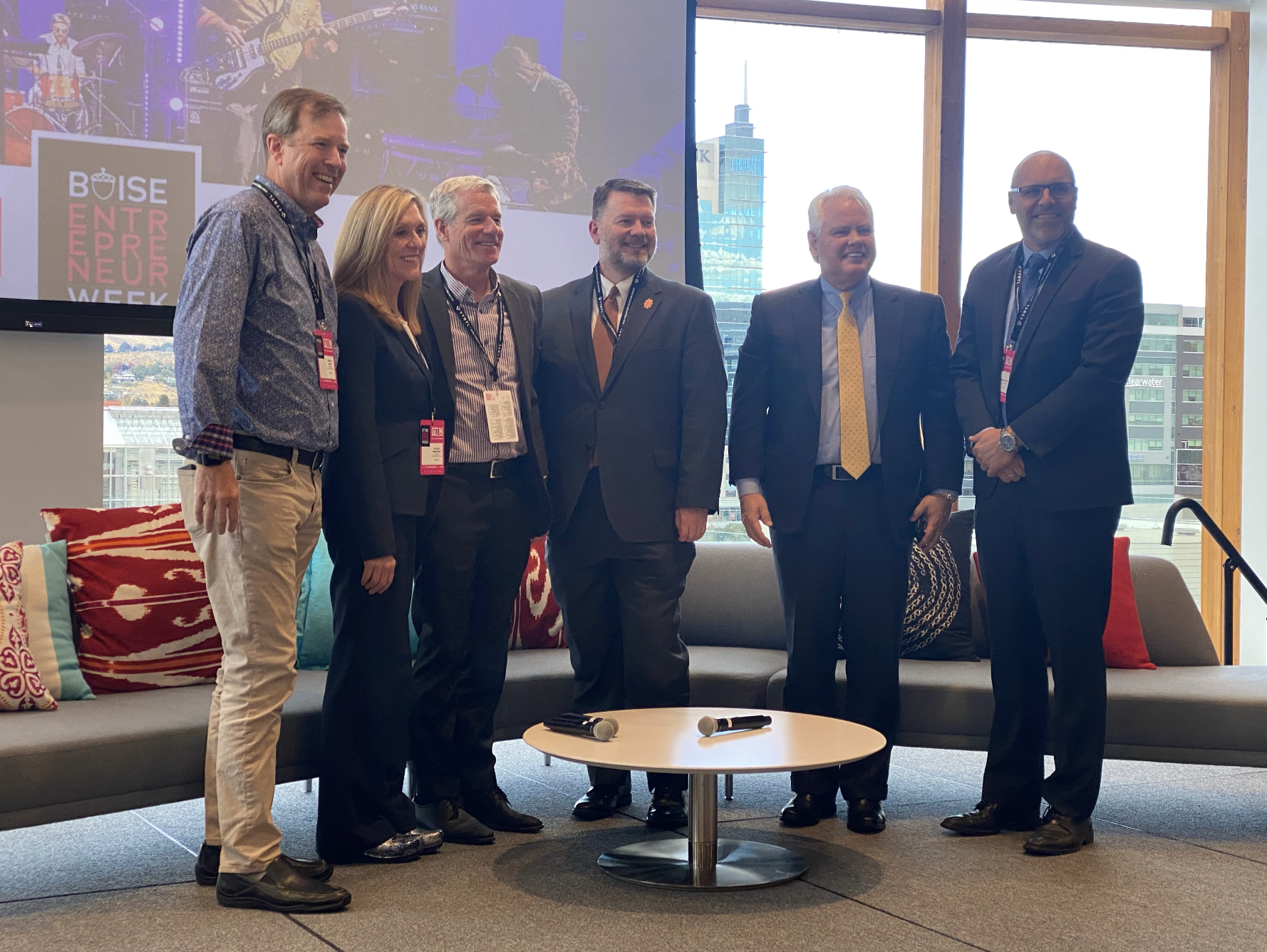 Wednesday afternoon, Governor Brad Little was joined by Idaho college and university presidents to speak to a packed room at Boise Entrepreneur Week.

The panel focused on the state of higher education in Idaho. The first topic that came up was how to increase the number of high school students that go on to college. Gordon Jones, the President of the College of Western Idaho, says students need to feel that going to college is actually worth their time.

“Most students I talk to about higher education today want to understand if there’s going to be a return on investment,” Jones said. “The idea that there’s a job, that there’s a pathway to a career. Employers I’ve talked to say they’re looking for salaries $50,000 to $100,000, and we want to emphasize that kind of relevance.”

“The single biggest increase in people going to college in the United States, in the history of this country, was after World War II, when the United States government said in exchange for you going out and saving the world, which we did, you can go to college. You have the GI bill where you can go to college. Scholarships to get these kids in school will make the difference,” Satterlee said.

In addition to going on to higher education, the panel also discussed how to encourage students to pursue education beyond an associate’s degree.

President of Lewis and Clark State College Cynthia Pemberton says it is important students know they can co-enroll and be co-admitted to more than one college.

Others on the panel agreed with Pemberton and said allowing credits to transfer more smoothly is also crucial.

The speakers also spoke about the importance of universities and colleges fostering more entrepreneurship. Satterlee says at Idaho State University, they have a program that teaches students how to sell themselves to an employer and how to pitch their idea.

“So what we’ve created an Idaho State University, we used a philanthropic donation from one of our donors to create the Walter P Brown Center for sales excellence. It is purely a center designed to help our students learn how to sell. And that means not just to sell a product or a concept but to sell themselves. They create their personal brand when they go out and get the first job,” Satterlee said.

Dr. Andrew Finstuen with Boise State University added that professors need to get students to reflect on what they have learned and how they can apply it to their careers.

“It’s just the consistent direct questioning of our students and opening up their thoughts toward what it is they want to do and who they want to become,” said Dr. Finstuen.

The panel wrapped up with a brief question and answer session from the audience.