Katie Vila still remembers her heart racing when someone commented on her company’s proposed development project during a Boise City Council meeting in 2018.

Vila is the chief operations officer for Roundhouse, a developer and multifamily housing operator.

“This woman stood up, and she was just like, ‘Roundhouse does amazing work in this community, and I fully support this project,’” Vila said. “It was amazing. That stopped happening” with a shift toward not-in-my-backyard attitudes, she said.

Vila shared the story with an audience of developers, real estate professionals, city workers, and more at a talk called “Emerging Trends in Idaho Real Estate” hosted by the Urban Land Institute of Idaho on Thursday morning. Speakers at the event discussed a host of challenges facing those in real estate and what they anticipate in 2023.

The federal government has increased interest rates by over three percentage points in the past year in an effort to curb inflation, a move that has cut into the buying power of prospective property owners, including developers looking to build.

One effect of inflation is impacting smaller groups that are unable to set aside as much money for cash reserves, said Daniel Fullmer, chief investment officer for Galena Equity Partners. He anticipates that federal officials will likely continue to raise interest rates, and inflation will continue to be felt for at least the entirety of 2023 “before something falls off,” he said.

Economists have hesitated to characterize the current economic slowdown as a recession because of low unemployment. But homebuilders cutting back will have a ripple effect on local jobs, Fullmer said.

Behind on housing stock

At the same time, the country and local areas are already behind on housing stock, dating back to slow downs caused by the Great Recession. But the number of residents moving into the area is not predicted to slow significantly, Fullmer said. He does not believe the price of single-family homes will fall off quickly, despite having dropped somewhat in recent months, and rents will continue to stay high.

At the same time, inflation has outpaced wage growth in the area, making it difficult for residents to afford local rents, Vila said.

Building more densely in downtown areas can allow an area to retain its character while providing attainable housing for people who work in fields that growing areas need, such as police and fire, said Molly McCabe, CEO of HaydenTanner, a Montana-based development firm.

“Obviously, you still have to pencil projects that make sense in this environment,” McCabe said, “But if we can densify our downtowns, that creates a more active and vibrant community that creates economic activity and that does not take away our natural beauty that we have here in Idaho and Montana.”

Fullmer said sometimes city requirements about what amenities housing developments need to have push the housing out of an affordable range.

“I think the word ‘attainable’ is garbage,” Fullmer said. “We have to build more in order to get attainable, and we have to have people allow us flexibility within cities.”

“My perspective is, if my tenant is paying $50 per month less in energy costs, that means they have $50 in their pocket that they can pay me, so that means that they are a more stable tenant in the long run,” she said.

There is an opportunity to build housing that generates fewer greenhouse gas emissions, lasts longer, and is cheaper to build. Panelists discussed the use of mass timber in buildings, which in essence, is like building a high rise with timber instead of steel or concrete, Vila said. The buildings tend to be “very beautiful” due to exposed wood on floors and ceilings, she said.

About 40% of emissions come from the building industry, and the majority of that comes from steel and concrete, Vila said. She added that “potentially, at this moment in time, mass timber is even cheaper than steel and concrete.”

McCabe also serves as the board director for the Lotus Campaign, which connects landlords with people who need housing, including people who are homeless or at risk of becoming homeless, she said. The organization provides landlords with rent and damage guarantees and connects residents with social services they may need to get back on their feet, she said.

It costs the organization about $800 per apartment per year, which “is pretty cost-effective,” she said. So far, the organization has helped 400 people, 90% of whom have renewed their leases or moved on to leases they are able to cover entirely on their own, she said.

“So that is a way for the private sector to partner with nonprofits in a way that is actually positive and proactive,” McCabe said. 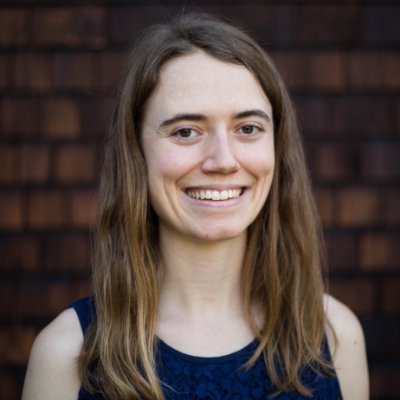