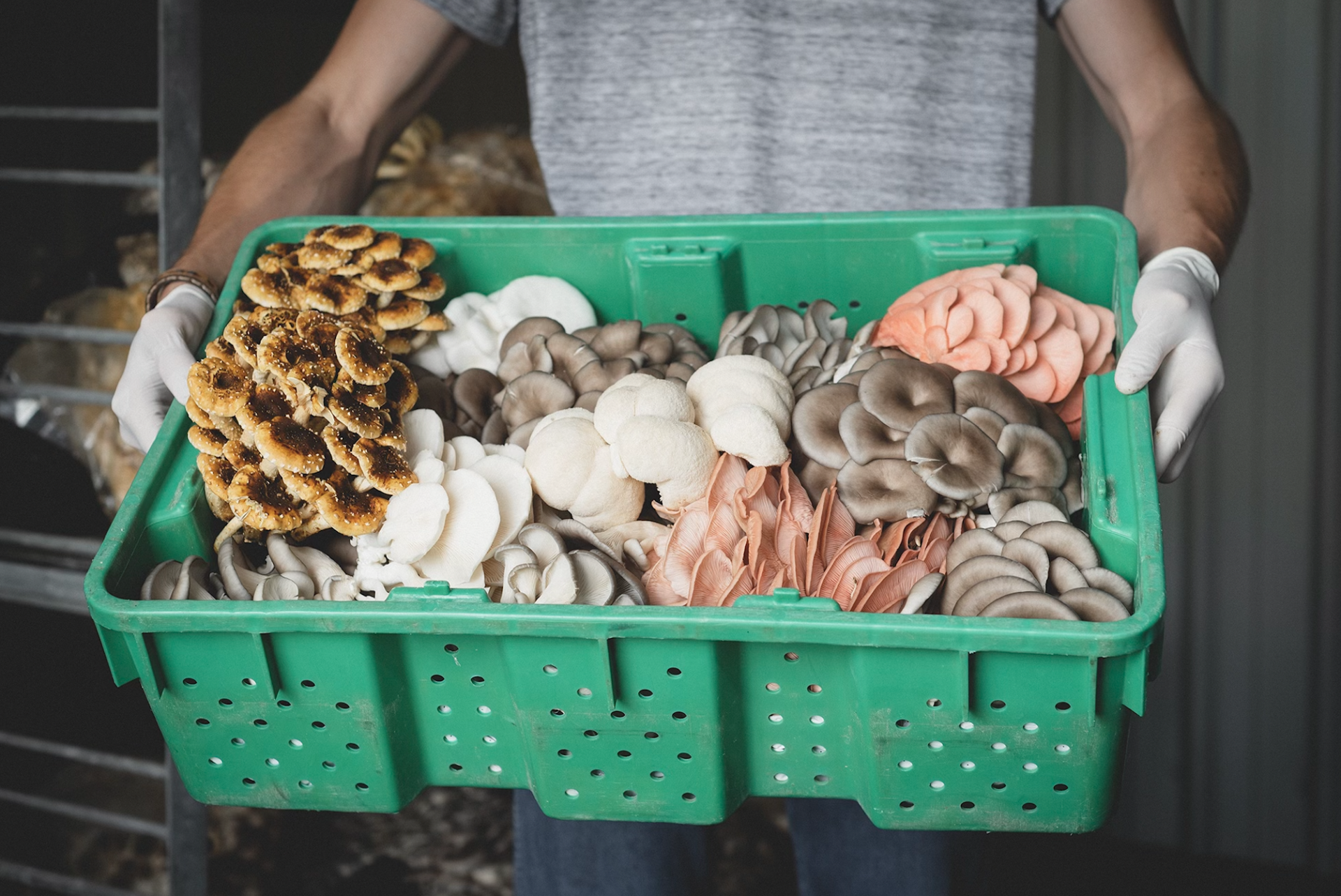 A Nampa Christian middle school student’s passion for growing edible mushrooms sprouted in 8th grade – when he decided to grow a few for a science project.

While the science project failed – as he did not make it past the first few mushroom-growing stages – his drive to become a successful mushroom grower stuck with him.

“Throughout high school, I said I never wanted to be a mushroom farmer for a living, it’s just a weird persona, but here I am now doing it full time and I love it!” Ferguson said.

After his science experiment, Ferguson spent several years learning and experimenting with the growing process.

“I also realized I was the only person in the state doing what I was doing and that it had the potential to develop into something pretty big!” He said. “So after about a year of selling to some restaurants, I officially started my business Ferg’s Fabulous Fungi.”

After high school, he earned his associate’s degree in Ag business from the College of Western Idaho. Then last spring, he decided to give his time and energy to growing his business.

“The whole mushroom growing process can be quite complex as everything is grown out in a completely controlled environment,” he said.

First, Ferguson said he begins by making up sawdust-based blocks that get hydrated, sterilized, and brought into a sterile lab environment in which the mushroom mycelium (root system) is introduced. Depending on the species, it then takes two weeks to two months for these sawdust blocks to completely grow out. Then, a fully colonized block is then cut open and introduced into the grow room environment. The grow room has full spectrum lighting and is about 65 degrees year-round and 80-90% relative humidity.

“Southwest Idaho can be a challenging climate to keep conditions perfect and often requires some ingenuity to achieve proper heating, cooling, and humidification, he said. “The fresh oxygen, humidity, and slight temperature change stimulate the mushroom block to begin forming baby mushrooms or primordia. These baby mushrooms will rapidly grow doubling in size daily and will typically mature in 1-2 weeks!”

“All of that being said mushroom growing can be made fun & easy with my ready-to-grow Mushroom Grow Kits,” Ferguson said. “It’s as simple as Cut, Spritz, Pick, and Repeat!”

The grow kits come with one fully grown-out substrate block, a squirt bottle, and an instructions sheet. Types of mushrooms that you can grow include oyster mushrooms, lions mane, and pioppinos – which can all grow in a home environment.

“I make these kits so that anyone and everyone can enjoy the activity of growing their own delicious mushrooms on their kitchen counter in as little as 9 days!” he said. “It’s one of my favorite things to hear people’s enthusiasm when they come back after growing their own mushrooms.”

Kits and more are available here or at a discount at Boise Farmers Market, Capital City Farmers market, or on-farm pickup.

“So yes it is crazy saying I turned an 8th-grade science project into a full-time job but I figure as long as you love doing it and you’re good at it, why stop!” he said. “I believe the industry will only continue to grow so I plan to continue doing what I’m doing and expand as fast as possible!”