Swimming pools. Public art. Electric vehicle charging. Different types of housing. Outdoor amphitheaters. These are some of the amenities required by different cities in the Treasure Valley for certain residential developments.

“Requiring extensive amenities and parking limits the development potential on a site which may strain the feasibility of a multifamily development and ultimately disincentivizes their production,” the Meridian housing code analysis said.

Nationwide, higher construction costs and restrictive zoning have made turning a profit a challenge on buildings not designed for higher-income renters, according to the real estate and urban design website Curbed.

“I think the word ‘attainable’ is garbage,” Daniel Fullmer, chief investment officer for Galena Equity Partners, previously told the Idaho Press. “We have to build more in order to get attainable, and we have to have people allow us flexibility within cities.”

So what does each city require?

Boise is in the middle of a zoning code rewrite.

The amenities are usually places people can gather like a gazebo or a dog park or an urban garden, Tuning said.

In its new code, Boise has proposed including amenities for some developments in mixed-use zones, though the amenities will be somewhat different than those outlined in the current code. The new code said each development will include an amenity that complies with one or more standards. There are two examples: The first is a landscaped feature with at least 400 square feet of area and a minimum width of 5 feet or 10 feet if trees are included. Features can also include enhanced landscaping, lighting, water, art or seating.

Developers can also provide an outdoor gathering area visible from an adjacent street with at least 800 square feet and seating. This would be along mixed-use transit corridors like State Street or Vista Avenue.

In the new code, planned unit developments have eligibility requirements.

“They would be bringing in a parcel, they want to do some type of imaginative concepts that are a little bit different than what we are,” Tuning said. “So they would have to ultimately provide an enhanced pedestrian and non-motorized transportation systems.”

This could be something like a pathway network, or if the parcel is near a park or trail, the city would want the developer to provide enhanced access to the park or trail.

There are other eligibility categories, of which the zoning code rewrite said the applicant would choose two of the three. For example, developers could choose from a menu about protecting natural systems. A development in the foothills could opt into protecting the foothills in an “enhanced way,” Tuning said.

The other two eligibility requirements are housing affordability — which is committing to deed-restrict 10% of the residential units for lower-income residents — and sustainable building design.

“We also have housing as a strategic priority. And that’s where you’re going to see housing affordability, or the requirement to have a variety of housing types,” Tuning said. “So that we’re providing housing for different age groups, different populations, different income levels, so that we can really provide housing for everyone.”

If a project is more than 40 acres, multiple amenities are required from separate amenity categories, which include quality of life, recreation activity area or pedestrian or bicycle circulations system amenities.

This code was updated last year, Parsons said. When he started with Meridian over 15 years ago, the code only required 5% open space, he said. Multiple changes have been made to amenity and open space requirements since then.

“In our minds, this was actually more flexible for the development community to use,” he said.

However, this is a new code, so it’s hard to tell if people are moving into projects with more amenities than before.

“We want developers to bring something new, unique, above the minimum standards,” he said. “It hasn’t been my experience that people complain about amenities, or the expense of amenities.”

The number of points assigned to each amenity is based on the cost of construction and how much value it would add to a community, Parsons said.

In Nampa, subdivisions and planned unit developments are required to have up to 15% open space, but amenities are not specifically required, Planning and Zoning Director Rodney Ashby said in an email. However, the city council usually requires a playground. Multifamily developments need 5% open space with the same playground principle.

“There isn’t a lot of specificity in our code, except for Master Planned Communities (MPC) and the amenities required in those,” Ashby wrote.

According to the email, each master planned community needs two qualified open space elements from a list, which includes a swimming pool, basketball and tennis courts, community garden, outdoor amphitheater or community plaza. 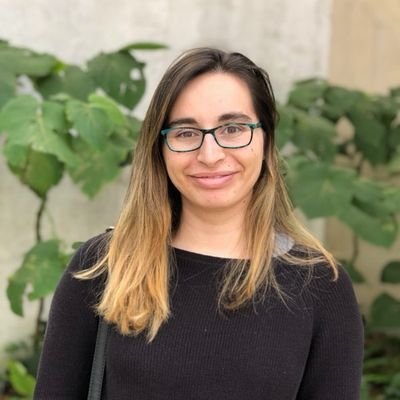 On the edges: As Treasure Valley grows, once-rural towns take different approaches to growth: ‘don’t count us out’